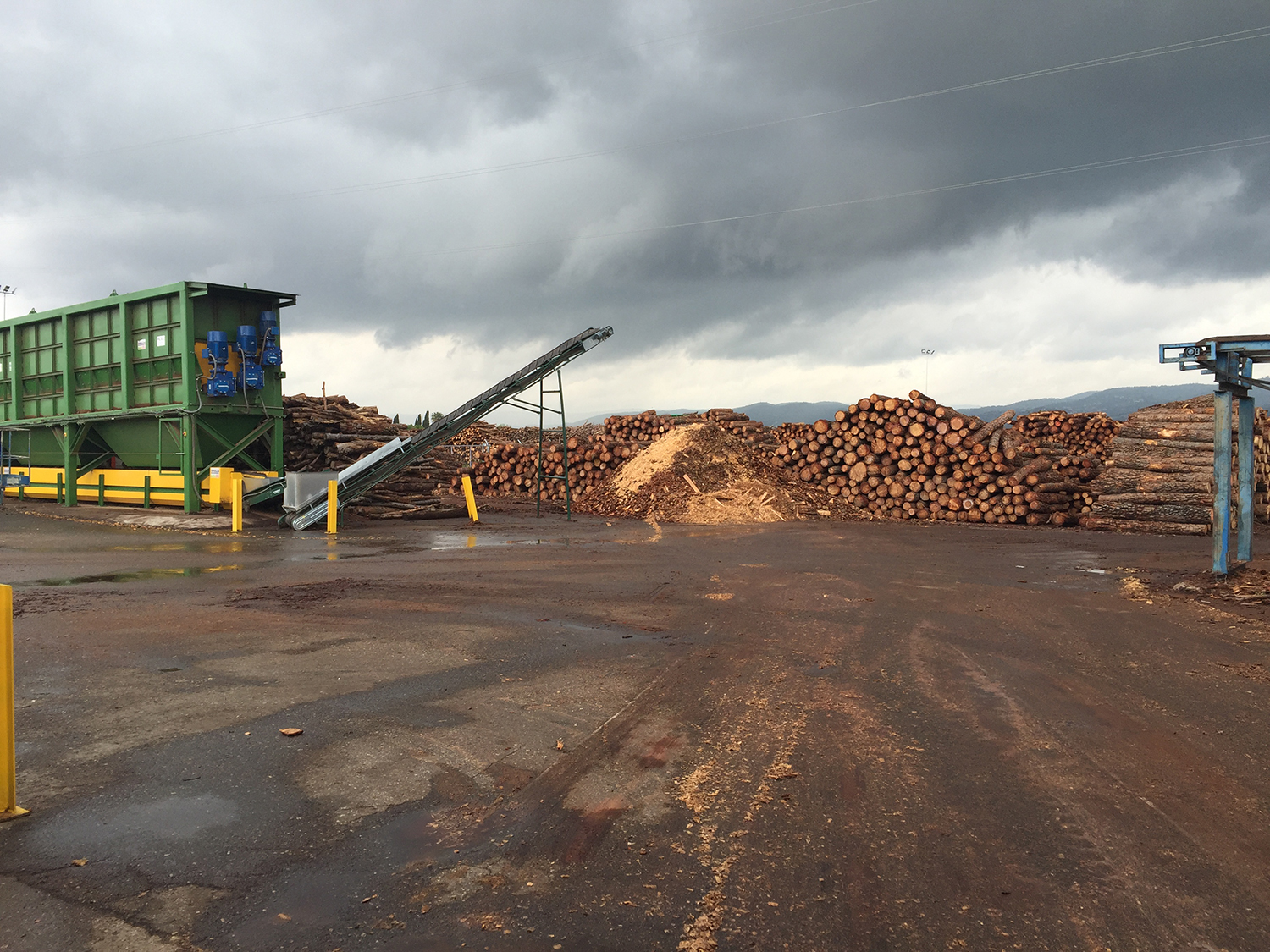 Alcolea Biomass Center runs a logistics centre for producing, storing and treating solid biofuels, shavings, pellets and chips, all made from natural wood obtained under the most stringent traceability and environmental sustainability controls. Production capacity currently stands at over 20,000 TM of leading-quality wood pellets per year, 70,000 TM of chips, and 10,000 TM of shavings.

Being extremely demanding with ourselves has led to us being awarded the following certificates:

· Quality Management according to Standard ISO 9001:2015 on"Forestry and the production and distribution of primary biomass".

· Environmental Management according to Standard ISO 14001:2015 on"Forestry and the production and distribution of primary biomass".

· Occupational Health and Safety Management in accordance with Standard OHSAS 18001:2015 on "Forestry and the production and distribution of primary biomass".

· Chain of Custody of Forest-based Products according to Standard PEFC ST 2002:2013.

· Production and marketing of bagged and bulk ENplus A1 pellets according to ENplus Manual V3.0.

· roduction and marketing of A1 bulk woodchips according to the Manual for Solid Biofuels V12.

We use our own and third-party cookies to analyze and measure our services, compile statistics and a profile based on your browsing habits, and show you advertising related to your preferences. Information is shared with third parties who provide us with cookies. You can get more information here.

This website uses cookies so that we can offer you the best possible user experience. Cookie information is stored in your browser and performs functions such as recognizing you when you return to our website or helping our team understand which sections of the website you find most interesting and useful.

If you disable this cookie we will not be able to save your preferences. This means that every time you visit this website you will have to activate or deactivate cookies again.

This website uses Google Analytics to collect anonymous information such as the number of visitors to the site, or the most popular pages.

Please enable strictly necessary cookies first so we can save your preferences!